Travel to the beautiful islands of French Polynesia is the holiday that dreams are made of. Now with Air Tahiti Nui’s special rate on air fare those dreams can come true! 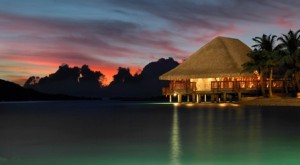 Many islands are crowned with jagged peaks while others appear to barely float above the breaking waves. Spanning an area in the South Pacific as large as Western Europe, the total land mass of all the islands adds up to an area only slightly larger than the tiny state of Rhode Island.

Easier to travel to than you might imagine, Tahiti’s Faa’a International Airport is under 8 hours by air from Los Angeles (LAX) airport, with daily nonstop flights. As far south of the equator as Hawaii is north, Tahiti is halfway between California and Australia, on the same side of the International Date Line as North America, and in the same time zone as Hawaii (only three hours behind California from March to October and two hours behind California from November to March).

Bora Bora, The Romantic Island
Under a one hour flight from the island of Tahiti or Moorea, the island of Bora Bora, with a lagoon resembling an artist’s palette of blues and greens, is love at first sight. Romantics from around the world have laid claim to this island where the castle-like Mount Otemanu pierces the sky. Lush tropical slopes and valleys blossom with hibiscus, while palm-covered motu circle the illuminated lagoon like a delicate necklace. Perfect white-sand beaches give way to emerald waters where colored fish animate the coral gardens as they greet the giant manta rays. This could be easily be described as the center of the romantic universe, where luxury resorts and spas dot the island with overwater bungalows, thatched roof villas, and fabled ambience.  Simply said, Bora Bora is the most beautiful island in the world.

Pora Pora – the ancient name, meaning “first born,” came from legends describing this as the first island to rise when Taaroa, the supreme God, fished it out of the waters after the mythical creation of Havai’i, now known as Raiatea. Although the first letter “B” does not exist in the Tahitian language, when Captain Cook first heard the name he mistook the softened sound of the Tahitian “P” for “B” and called the island Bora Bora.

Romance on Bora Bora
Truly ~ the most romantic island in the world. From the dramatic scenery to the privacy and amenities of the overwater bungalows, everything in Bora Bora equals a 10 on the romance scale. Resorts have been welcoming couples for over 40 years and their special amenities have been fine tuned to perfection. From sunrise to sunset, each resort has designed their own blend of unique romantic experiences for their guests to choose from.

Moorea, The Magical Island
A few minutes from the island of Tahiti by plane, and only thirty minutes by high-speed catamaran, Moorea soars magically out of the ocean in an explosion of green velvet – what you would imagine a South Seas island to be.

A wide, shallow lagoon surrounds the island’s vertical mountains where poetic threads of waterfalls tumble down fern-softened cliffs. Peaceful meadows flanked by pinnacles of green will fill your senses and renew your belief in the majesty of nature. Pastel-painted houses surrounded by gardens of hibiscus and birds of paradise, circle the island in a fantasy of happy, yet simple villages.
A favorite among repeat visitors who all agree: The beauty of Moorea is unforgettable…

Aimeo I Te Rara Varu
This, the island’s poetic name, comes from the eight majestic mountain ridges; however, the name was later changed to Moorea-meaning “Yellow lizard”- following a dream by a high priest.
Polynesian legend describes the panorama of volcanic ridges as the second dorsal fin of the fish that became the island of Tahiti. These pinnacles later inspired the mythical “Bali Hai” that was based on James Michener’s book, Tales of the South Pacific.

Remarkable Honeymoons is very happy to be affiliated with World Travel in Portland, OR. Through this affiliation we are partnered with Virtuoso, a luxury travel consortium that ensures all of our clients receive the best of care. Call us (Toll free 1.866.614.1803) or request a quotation if we can be of assistance to you in the planning process. We enjoy what we do and look forward to the experience with you. 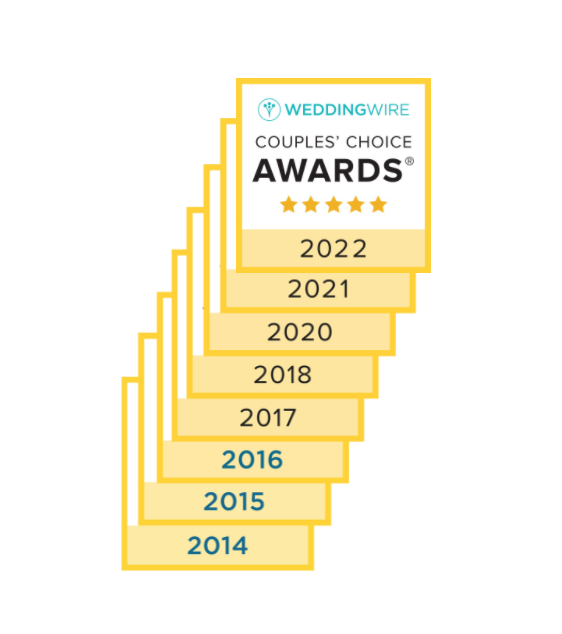